Recently, Apple announced that they have signed a deal with Amazon to enable Echo users to access their music service on their devices.  The $9.99 per month subscription service will join rivals such as Spotify, iHeart Radio and Amazon’s own music streaming service on the devices, giving users a wide range of choice when it comes to streaming the latest music. That’s got to be great news for anyone who already uses an Apple product and is considering buying an Amazon Echo, as the synchronization will be effortless.

Apple, as undoubtedly the biggest (and trendiest) technology company in the world, are not known for their partnership deals. Often choosing to go it alone, their independence is perhaps what has made them the top dog they are today.

The deal comes only weeks after the two companies agreed on another deal which enabled Amazon to start selling Apple products. The two companies, which by all accounts should be rivals, are becoming very friendly with each other all of a sudden.

This sudden change in structure begs the question – which one is struggling more? Given that the Amazon Echo remains the top-selling smart speaker with a 23% share of the market while Apple’s Home Pod holds a meagre 4%, it does make you wonder just who is benefiting from this union.

To say this change in Apple’s strategy was unprecedented seems a bit of an understatement, but that doesn’t mean it is not to be embraced. Perhaps Apple are realizing that their desire to have total ownership of their consumers is not a viable option in the techno-mad world of 2018.

And Apple are clearly desperate for this change in marketing to happen soon. They’re promising that their music services will be available on Amazon Echo devices by Christmas. So, if you’re lucky enough to unwrap an Amazon Echo product on Christmas Day, instead of asking Siri to stream Mariah Carey on loop for you, you’ll be asking Alexa. Such a refreshing change in Apple’s attitude can only bring hope for the future of the trendy techno giant. 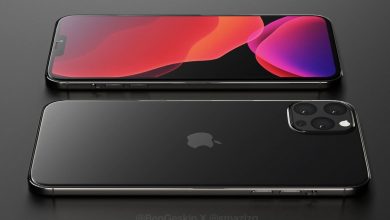