Last month, news broke that classic PC and Mac strategy game Rome: Total War would arrive on iPad this autumn. We still don’t have a more specific release date for it, but we remain excited – and, if it really takes off in popularity, we could hold out hope for these other great games in the Total War series following it onto Apple’s tablet.

Overcoming the absence of a mouse and keyboard

The last update that we got about this version of Rome: Total War came earlier this month, when Feral Interactive – which will be bringing the game, first developed by Creative Assembly, to iPad – posted a new YouTube video previewing how many of the controls will work on the touchscreen.

So, it’s easy for us to imagine how Feral could port various other Total War titles to iPad while preserving these controls for those iPad owners who get hooked on Rome: Total War. And we certainly hope that they hooked – because it could mean the iPad later also getting the following Total War games previously released on Windows.

The eighteenth century was a vital period in the history of the United States’ development, with the American War of Independence, which took place from 1775 until 1783, ending in Great Britain recognizing several of its former North American colonies as an independent country. You can actually recreate that war as part of a special campaign in Empire: Total War, and even prevent France overthrowing its monarchy – and, of course, that country did overthrow it during the French Revolution in the 1790s.

Napoleon is one of history’s most revered military commanders. While his campaigns spanning the late eighteenth and early nineteenth centuries obviously had a huge influence on Europe, with his siblings taking over the thrones of Holland, Spain and the Naples, there were even campaigns in North Africa and the Middle East. You can take part in battles in all of these areas with Napoleon: Total War. The Mac version of the game, released in 2013. also came with the Peninsular Campaign; this had previously been made available as additional, downloadable content for the Windows version.

While this is a sequel to the first ever Total War game, Shogun: Total War, we reckon that, if Feral decided to port either game to iPad, it’d be the latter; the 11-year gap between the two certainly gave Creative Assembly time to polish the gameplay. In Shogun 2, you play one of the warlord-led clans battling each other for control of sixteenth century feudal Japan following the Ōnin War. Even if you know little of the relevant Japanese history, playing this game could be a pretty fun way of learning more of it! 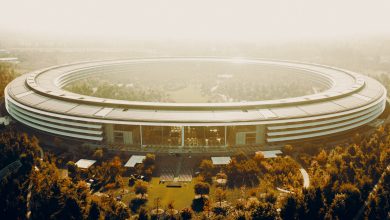 Apple asking staff to return to work in coming weeks

New 4K Apple TV “ready to ship” according to sources