Apple has reportedly spent more than $6 billion on original content for its new Apple TV+ service.

The Netflix rival, set to launch later in the year, previously had a billion-dollar budget, but a source has revealed to The Financial Times that the figure has grown substantially as Apple continues to invest in new material.

Apple’s new The Morning Show comedy-drama, for example, features the likes of Jennifer Aniston, Reese Witherspoon, and Steve Carell, and each are expected to take home more than a million dollars per episode.

The show reportedly cost more than the $15 million dollars per episode budget that HBO set aside for Game of Thrones, demonstrating Apple’s commitment to its new service and passion for its success.

Other rumors suggest Apple is spending similar amounts on a new show called See, a drama series where the majority of the population has been wiped out by a virus, and the rest has gone blind.

Jason Momoa will star in the new show, and each episode has a budget of $15 million.

Interestingly, Apple’s $6 billion pales into insignificance when considering Netflix is spending $15 billion on new content in 2019, but Apple is offering more generous payments to win deals for interesting content and top talent.

Apple is also reportedly paying studios earlier in the production process when “certain milestones are hit.”

Executives plan to launch Apple TV+ before Disney Plus, which has a November 12 launch date.

Bloomberg has suggested that Apple will offer the new service for $9.99 per month – a little more than Netflix, Amazon Prime, and Disney Plus, but that a free trial will be offered in a similar manner to Apple Music.

Apple is reportedly considering launching the service with a couple of episodes of new shows, and then following them up with weekly instalments, different from how Netflix and Amazon offer their content for “binging”.

Are you excited for Apple TV+? Do you think Apple is going in the right direction? Let us know your thoughts and check back soon for more news on Apple’s streaming service, and indeed its other new services, as and when we get it.

Apple working on new Apple TV with A12 Bionic chip 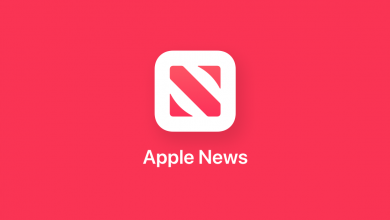